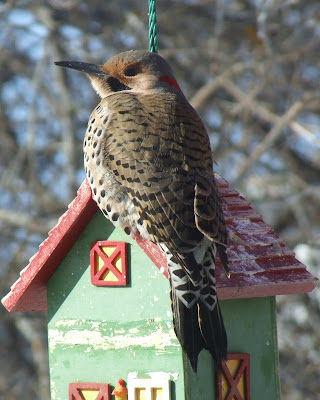 I am starting to think that our friend Flicker realizes that when he visits our feeders, there is a group of admirers gathered on the other side of the window watching his every move. When he arrives he sits for quite a spell, just gazing around the yard...perhaps allowing me time to fetch my camera. There was a fair breeze and the feeder on which he was perched kept spinning around. Here you can see his feathers are a bit ruffled. 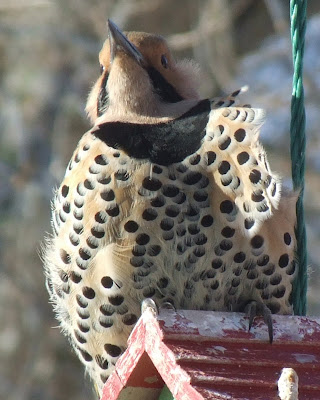 A close-up of his front show his perfect colouration. I think he is such a beauty. 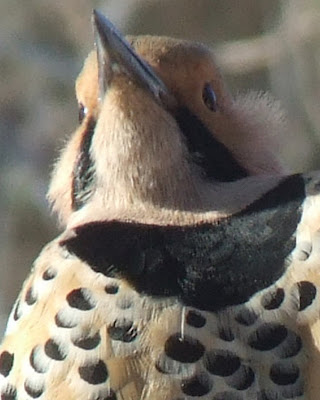 The black lines on his face indicate this fellow is a male - a moustache, if you will. The female has all the same markings but this one. 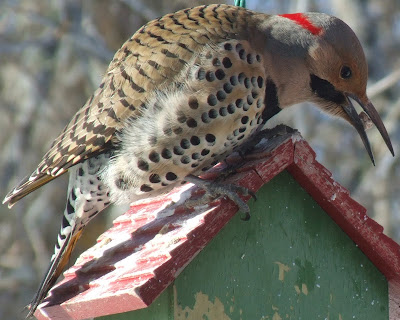 In the next two shots, you can see the yellow underneath his tail feathers. Someone told us that a common name for a Northern Flicker is "Yellow Hammer". When he spreads his wings to fly, it is yellow you see. What a perfect patchwork of colours and patterns he is. 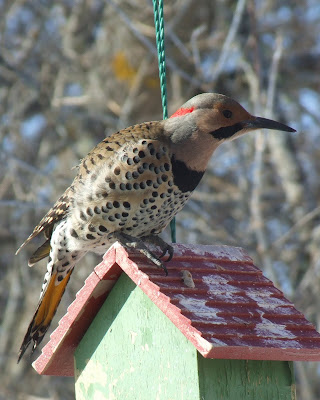 I hope to catch him in flight some day; so far he has been too quick for me. 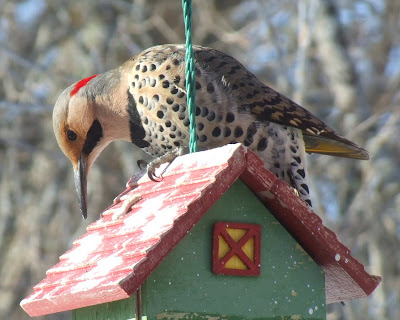 Look how well camouflaged he is in the trees, even with the red stripe on his head. 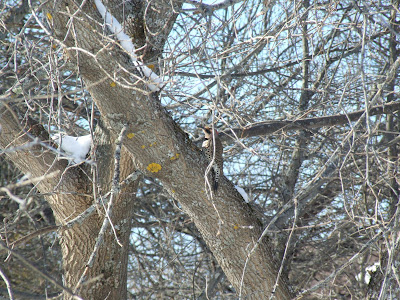 Email ThisBlogThis!Share to TwitterShare to FacebookShare to Pinterest
Labels: Birds