In an earlier post, I showed this new windfarm under construction on the Tantramar Marsh just outside of Amherst. Beginning last week, they started turning the power on the windmills one by one. Yesterday we counted 13 spinning away. 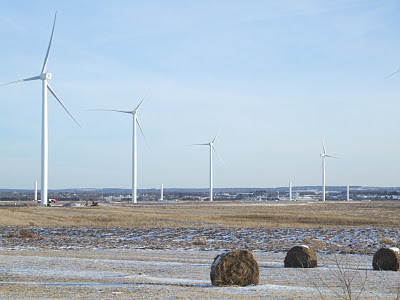 First we drove to Minudie where there is talk of putting more windmills. You can see the Amherst windmills in the distance here. 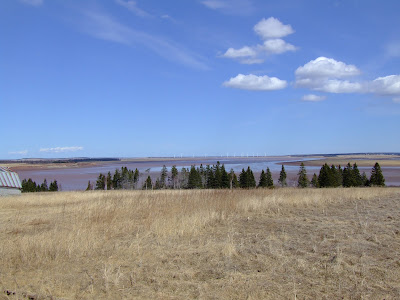 Zoomed in a bit: 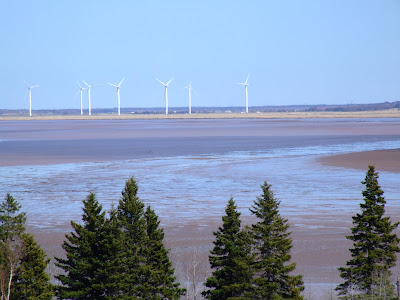 It was such a nice day we continued the drive into Lower Cove and on into Joggins. This shot is looking towards New Brunswick (is that Wood Point?) 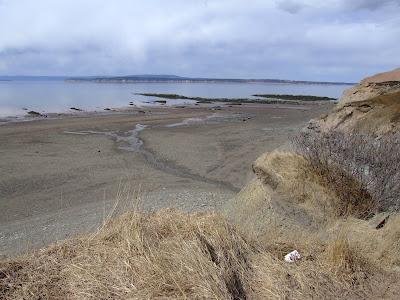 This one is taken approaching the famous Joggins fossil cliffs, a Unesco World Heritage Site. 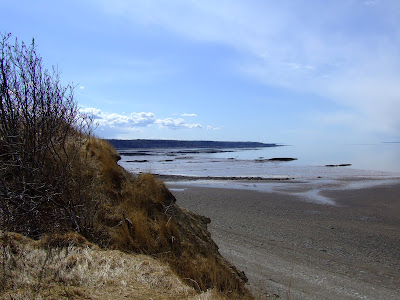 We've had many folks mention the effect these windmills may have on the bees so we have been interested to hear the sound they make. We drove back to Amherst and out as close as we could in 4-wheel drive. We had the windows and sunroof open on approach and listened keenly. It was only when we killed the engine and sat in silence could we hear a low, gentle whoosh. On a busy day, the beehives themselves are much louder than that! 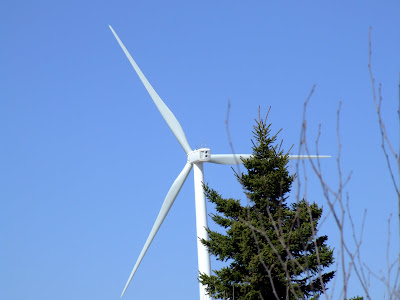 Email ThisBlogThis!Share to TwitterShare to FacebookShare to Pinterest
Labels: Amherst