Derivative Is Not Derisive © 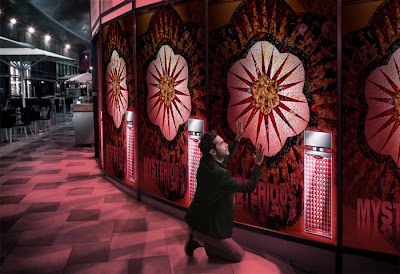 This third (of what may well turn out to be 400!) posts on copyright will be on derivative designs. Derivative, by definition, means something that is based on (i.e. derived from) another source. In the case of copyright, it refers to a design which is inspired by, resembles, or emulates an original copyrighted piece.
Studying piano in my younger years, I often encountered “theme and variation”. The main musical motif (tune) is laid down in the first few bars followed by numerous ways to vary that theme – changing the rhythm, the harmony, the key, etc. It is a popular technique employed by major composers such as Bach, Handel and Haydn. Note that I am not suggesting the composers copied and varied each other`s work - each did his own. Those who began sewing with Simplicity or McCalls clothing patterns will remember that often there were several options given from which you could choose. View A, View B, View C might present different sleeves or necklines but still use the same main pattern pieces. The variations are derived from the original and because of that, these derivatives are covered under the same copyright that protects the original design. Quilters do the same thing. Often a pattern will have a couple of choices of how your finished piece may look, perhaps as a bed quilt or a wallhanging or with different borders. Let’s use my Maritime Beauty pattern as an example of derivative designs. Here is the original Maritime Beauty – the first version which I made, and copyrighted. 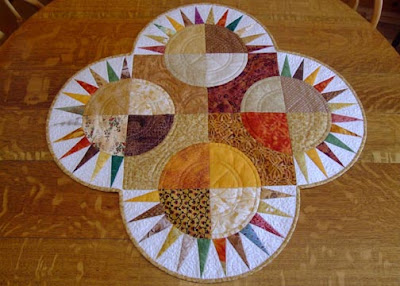 I liked it a lot, so for fun I sewed it in miniature. These blocks are only 2" finished, which is vastly different from the original but not enough to make it a new piece. For the photograph, I also gave it a quarter turn clockwise...but again, that's not enough to make the piece new :) 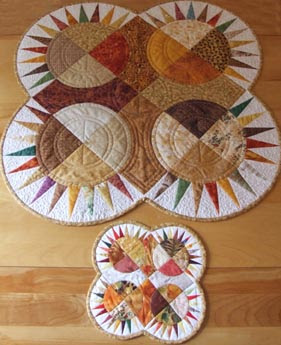 Christmas came, and I sewed it in my favourite red and green fabrics. Although it gives a different look, changing the colour does not change the quilt in any significant way. 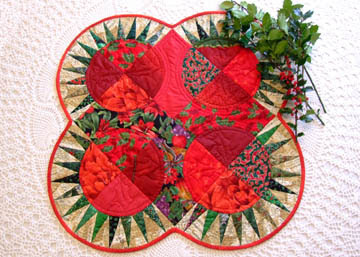 Then it was my niece Christina's birthday and I wanted to make her something splashy for her table. She has bee dishes. I changed the centre and alternated the colours from black to white under the spikes to give it a dramatic effect...but it's still my Maritime Beauty. 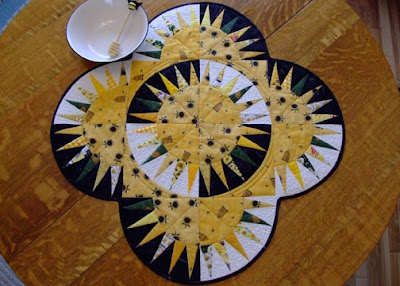 As the copyright holder of Maritime Beauty, I have the exclusive right to create derivative copies of my design. Making minor changes does not qualify the work as new under copyright law.

Here`s another example from my own experience, and I will be referring back to this quilt in a subsequent post on licensing. Because Anne of Green Gables is a copyrighted entity, anything which uses the Anne name or an image which evokes Anne requires special permission from the Anne of Green Gables Licensing Authority (AGGLA)- which I secured when I designed this quilt. Had I not done that, I would be infringing on the copyright held by the heirs of Lucy Maud Montgomery. I entitled my quilt Anticipation. It features the signature straw hat and red braids we have come to associate with Anne. 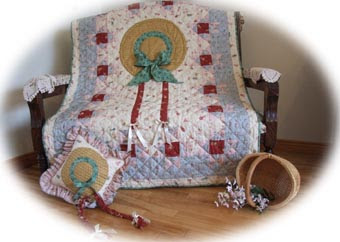 Shortly after I made this quilt, there was a call to entry by the Kindred Spaces Textile Show in Charlottetown looking for quilts to celebrate the 100th anniversary of Anne. I decided to enter the show, but my Anticipation quilt was too large. I took the main elements used in my original quilt - namely the hat and braids - and incorporated them into a wallhanging which was meant to resemble a portrait of Anne in a gilt frame. This derivative quilt was chosen to tour Japan the following year. 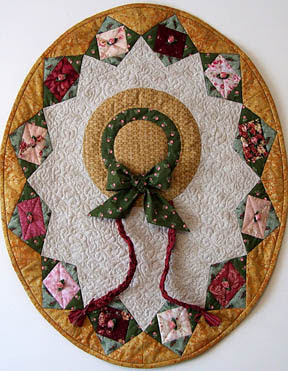 As I held the copyright on the original design, I was fully within my rights to do this. So...does this mean that no one can ever improve upon a design that's already out there? Nope. But you need to obtain permission to do so. Look back to this post; I was asked and gave permission for my New York Roundabout design to be translated into a hooked rug. It's beautiful, and I can't wait to see it finished. I am delighted that Kate shared her work and had the good manners - and even better sense! - to ask. A copyright holder can grant permission (usually as a license or assignment) for you to use their original idea in your work. If you do not get permission, you are infringing on the author's copyright. It gets tricky deciding what's a derivative and what's a brand new design. I've often heard it said that something must be 10% new to qualify as copyrightable...but in the stacks of articles I've read in the past few weeks, I have not come across anything that says that at all. I expect that's unsubstantiated rumour, so don't trust that thinking. Often guilds making raffle quilts as fundraisers will take part of a quilt design that they've seen in a magazine and change the border, claiming it's their own design and not needing to be credited. This is untrue. That constitutes a minor change and credit for the original designer's work must be given. Frankly, I never understand why that's an issue; is it so hard to say "inspired by..."? Inspiration is wonderful - it bespeaks creativity and thinking outside the box - so embrace it, and run with it...just as soon as you are given the ok to do so. In my mind, stating the source of your inspiration shows good manners if nothing else and certainly creates goodwill within the quilt community. Giving credit where it is due is a good thing.

In order for your derivative work to receive its own copyright, it must be different enough from the original to qualify as a new piece of work. Simply making minor changes to an original, copyrighted work does not constitute a new derivative work under copyright law. In February, I discovered a quilter in Australia had made my Oriental Beauty in a different colourway and changed the name to "It's Not Christmas". She claimed design credit for the piece, sold the patterns, and taught it at workshops around her country. If you look back to the examples of Maritime Beauty above, you will see that changing the colour does not change the piece. As for changing the name, this is also an area of concern for designers and something quilters need to be aware of. Many designers will write in their terms that the name of the quilt cannot be changed - it has to stay as published. Why is that? It goes back to the Moral Rights discussed in yesterday's post. Moral rights allow the author to take certain actions to preserve the personal link between himself and the work. I encounter this issue often when someone makes one of my patterns and renames it to give personal significance; let's say they made Farrago and renamed it Aunt Jane's Biscuits. They (correctly) post a link to my site but when the person arrives looking for the pattern for Aunt Jane's Biscuits they don't find it because I have no quilt named that. Renaming a quilt does not allow the designer to preserve the personal link between him/herself and the design. More and more I am seeing designers add a note to their copyright rules insisting that the name be kept intact. For myself, I would be fine if the quilt made from the pattern was give a by line such as..."Farrago: Aunt Jane's Biscuits." I think that would satisfy both the need for the link and yet allow the maker to add a personal and meaningful stamp to the quilt.

For the variation of my New York Roundabout quilt which I found on the website of Fabric Stash in Mass. before Christmas, the maker had changed the block slightly using 5 spikes instead of 6. She told me on the phone that was how she was making it her own design (nah ah - you were making a derivative design, Lois...) She also confessed that she had photocopied the New York Beauty block she used from a book and was distributing that photocopy with her pattern. Eeek...double no-no. That's where tomorrow's post will start: using what is published in books and magazines.

This was a very long read; if you've made it this far you've done great, and I thank you. Each of these posts takes more than a day to write so sadly there is no quilting happening here. Polly isn't very happy about this.