There's never a dull moment around here! Yesterday enroute to checking the bees, by sheer chance hubby spotted a swarm in a grove of nearby pine trees. Luckily, I had the little Nikon in my pocket and got a quick shot before we headed home for swarm gear. As you can see, originally the bees were clustered in two groups: 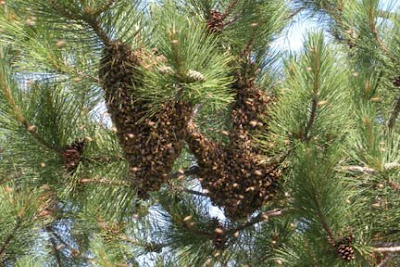 When we returned with boxes and a ladder to aid in their capture - and a bigger camera! - the bees had moved together into one huge clump. From a distance, it looks like a giant pine cone. 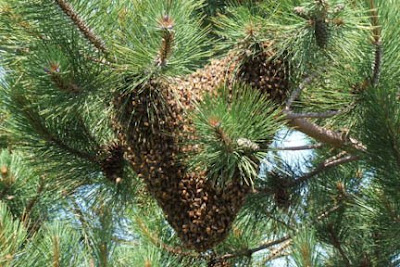 Conveniently, the tree was not a very tall one so it was easy to reach the swarm. 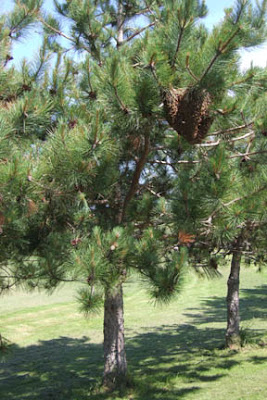 Hubby put a step ladder in place with a box of frames just underneath. He climbed up and gave the branch a shake, hoping to dislodge the swarm into the hive. 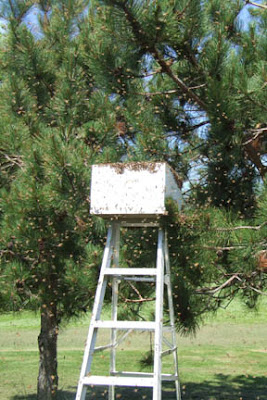 It's a very dramatic moment when all those bees are buzzing through the air, but the strategy worked and they soon settled into the box. 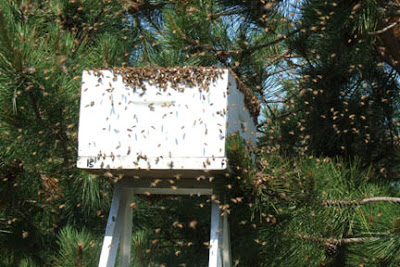 Look how many bees there are! 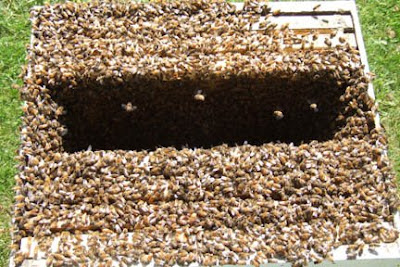 We waited until they settled a bit, and then located the queen. We returned early evening to add a few items to make their housekeeping easier, and will check on them again to ensure all is well. 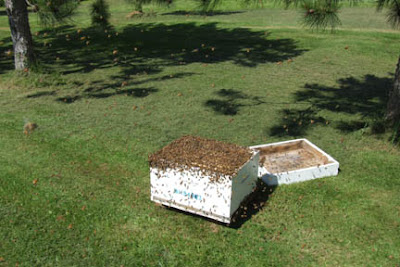 This is the most swarms we have ever captured in one season, and even though the old adage tells us a "swarm in July isn't worth a fly", we'd like to think the precious honeybees are happy to have a new home provided so easily.
Posted by Karen at 06:26