On a recent trip to the beeyard, my eagle-eyed hubby spotted something unusual. Can you see it? I'll zoom in... 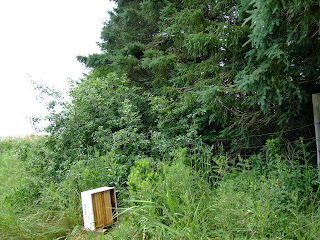 Yup, they swarmed and it's a good sized swarm of bees. 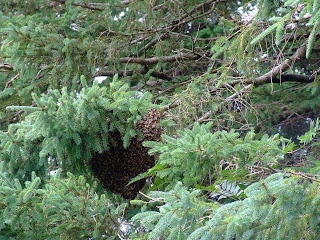 It was too high up to reach from the ground so hubby got a ladder. Unfortunately, there was nothing to lean it against other than a few spruce branches. It's pretty much propped up in the air. Despite that, he climbed up and I pulled against the ladder as hard as I could to hold it steady while he made his ascent. 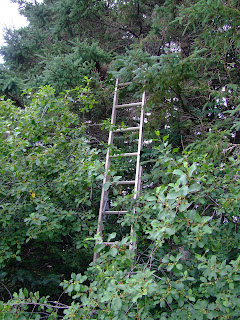 He cut off the branch where the bees were swarmed and handed it down to me. 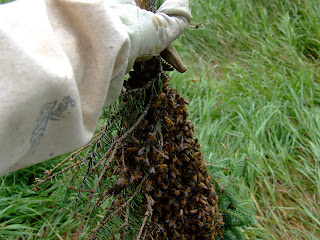 By the time I got to where the hive was set up, the bees had crawled up my hand. 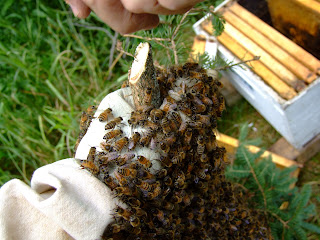 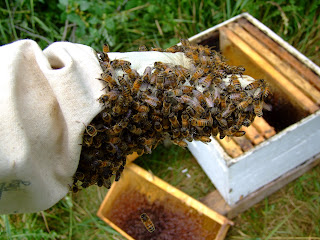 Hubby took the branch and gently shook the bees off into the box. 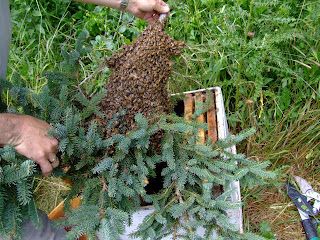 There were a lot of bees but there were even more still flying around the trees so we figured we didn't have the queen. 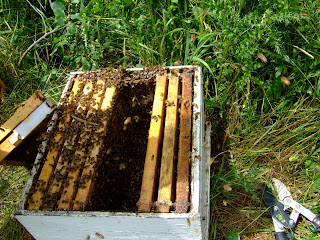 Sure enough, the bees began to regroup into a second, smaller cluster. Hubby repeated the procedure of cutting off the branch and shaking it into the hive. 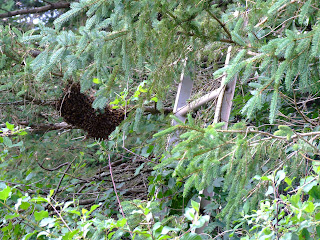 With a little coaxing and some gentle brushing, the bees began to settle into their new digs. This told us Her Majesty was inside. 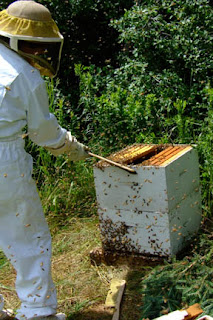 Click the arrow below for a short video of what it's like in a bee swarm; the air is black with bees!

Email ThisBlogThis!Share to TwitterShare to FacebookShare to Pinterest
Labels: Bees