Polly has finally given her approval for the new layout of "our" string quilt. 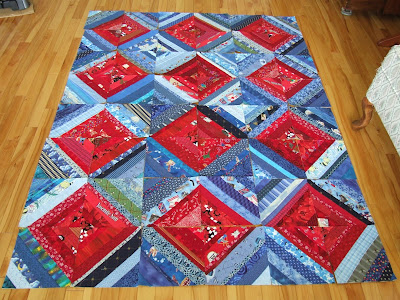 You may recall from a previous post that I had chosen a barn raising setting for the blocks... 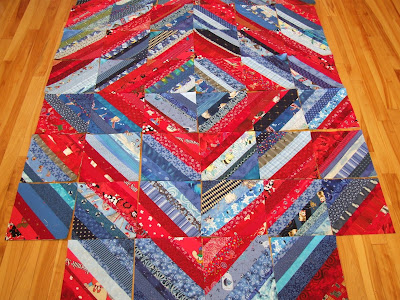 ...but Polly didn't think much of that. 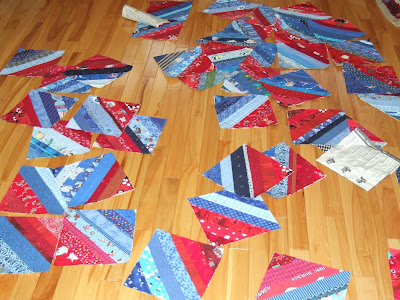 She likes the new arrangement much better. Polly sits patiently beside the sewing machine and watches carefully to make sure I sew the blocks in the correct order. (Hasn't she grown?) 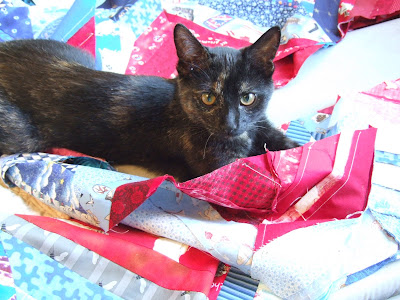 I pieced, starched and pressed the red backing and taped it to the floor to start the quilt basting. I got called away to the phone. 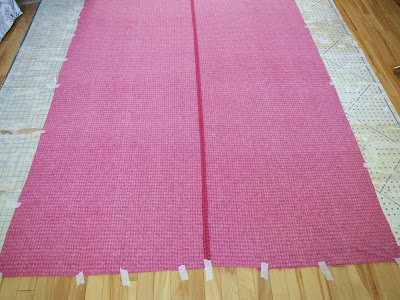 Apparently that mouse showed up while I was gone. 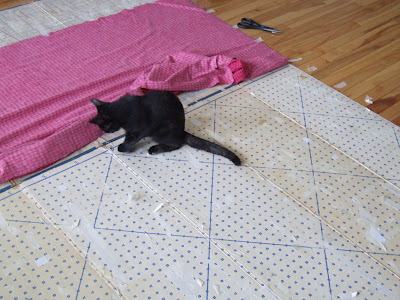 And Polly was called upon to save the day once more. 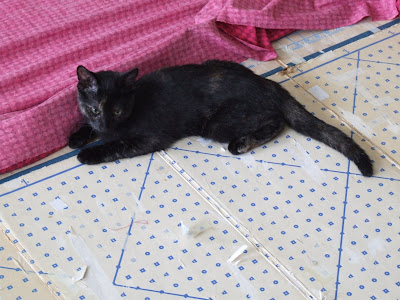 Once more I starched, pressed and taped the quilt backing to the floor. It's rather like having a terrible 2's toddler in the house.
"From the early early morning till the early early night, You can see Miss Polly rockin'..."
Posted by Karen at 06:38