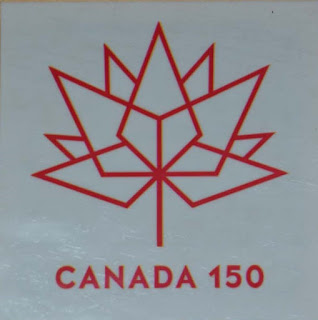 Hubby and I are back from a mini-vacation to the South Shore of Nova Scotia. 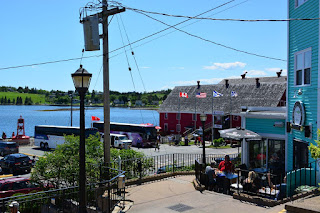 We spent some time kicking around Lunenburg, including an interesting tour of the Academy. 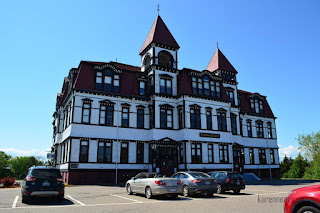 We stopped in at the Lunenburg Makery to purchase their Row By Row kit. 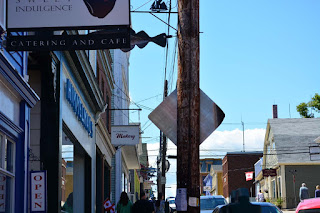 It's a sweet pattern, which features the Bluenose II, which was built in Lunenburg. 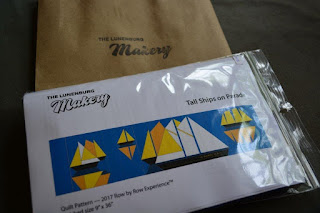 This shot of the churches in Mahone Bay is de rigueur for visitors. 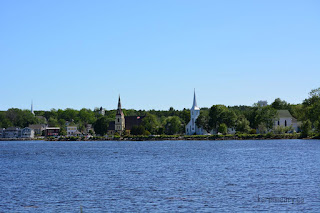 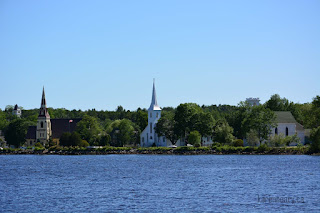 For fun, we checked out Oak Island to see if anything was going on there. 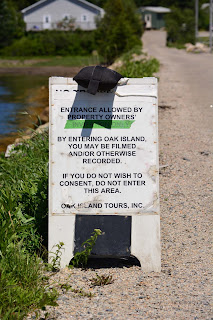 We did not cross the causeway :) 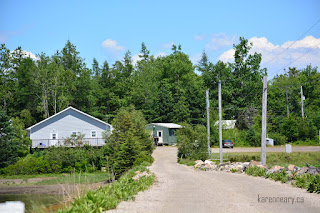 The water around the island is an amazing shade of dark blue. 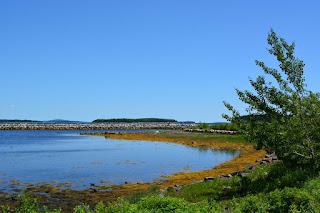 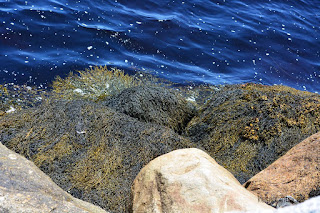 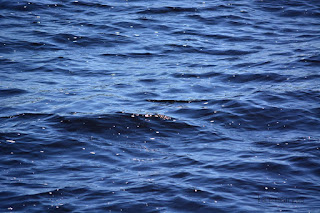 The next day, it was time for the tattoo:  The Royal Nova Scotia International Tattoo, that is!  It was our first time attending, and what a show. We had backstage passes and a guided tour of the whole operation. 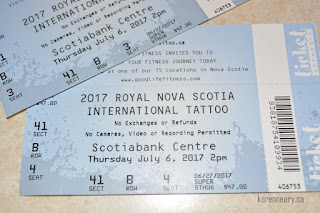 The show lasted nearly 3 hours and the time flew by - precision defined.  In addition to being Canada's sesquicentennial anniversary, 2017 is also the 100 year anniversary of the Halifax Explosion, and the battle of Vimy Ridge, and the show included lots of history of these events. 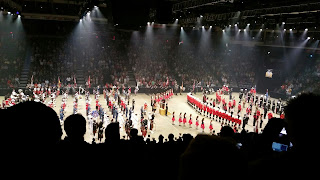 Perfect weather, and a perfect trip...including having a bear safely cross highway 104 in front of us. That's a good omen, right?
Posted by Karen at 11:33