Polly has been very busy over the holidays.  First she took on overseeing all the decorating... 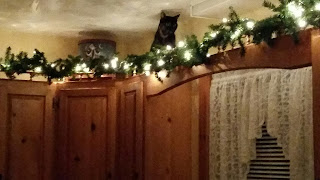 Then there was this bit of nonsense where she discovered if she hid under the couch cover, she became invisible...except for that tell-tail sign. 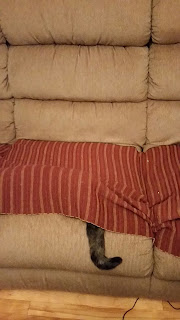 This went on for days; we still think it's hilarious. 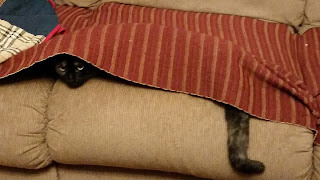 She claimed the tree as hers, and placed several of her toys underneath. 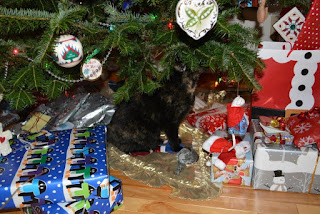 Gift bags were fair game;  if the top was open, she was in them, checking out the contents. 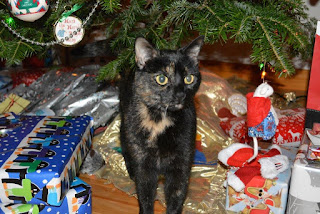 The boys got hexie bugs as gifts and Polly immediately took charge.

She is as busy as a toddler on Christmas morning!
Posted by Karen at 10:13