I haven't been keeping up very well with posting where my quilts have been, so here's an update on a peripatetic pair,"Yadanabon" and "Log Canada". By a rather odd coincidence, both of these quilts will end their current display schedules this summer in Texas!

"Yadanabon", which is part of the travelling Hoffman Challenge show, has been criss-crossing the U.S. since last fall. 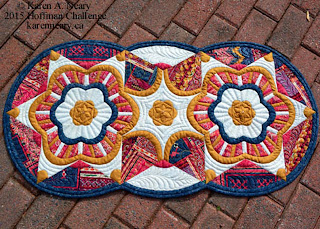 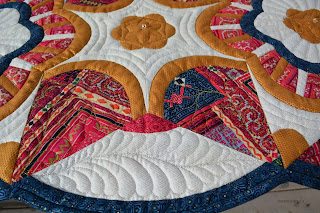 "Log Canada" has been in constant motion around the world since it was first created in 2009. I am honoured to say it has represented Canada at many top quilt shows, often as the opening quilt,  and has been part of the IQF Ruby Jubilee Exhibit since 2014. 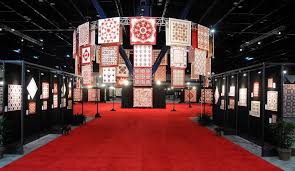 As part of this show, it has appeared at: 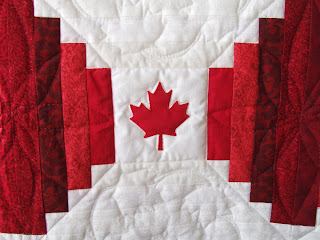 Now, I am  pleased to learn that "Log Canada" has been selected to be displayed at the Texas Quilt Museum,La Grange, TX, June 30 – September 25, 2016.